How to send a photo on WhatsApp to a phone number

Photo reports in the messenger are a standard operation that users resort to for various reasons: to show a purchase, demonstrate their work to a chef or share a joke with friends. Who does not know how to send a photo on “Vatsap”, quickly learn how to do this by studying the simple step-by-step instructions. 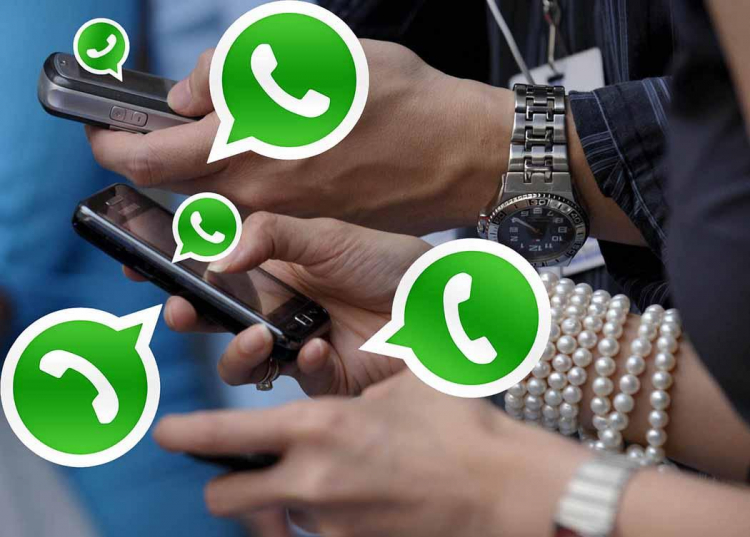 Sending a photo on Vatsap is extremely simple, the developers took care of this.

How to send photos via Vatsap with Android

You can send a photo using a tablet or phone on the Android platform in two ways.

The exchange of any information, including graphic, begins with the opening of a chat with a person acting as a recipient. There are two options for sending pictures in the dialog box..

Option 1: Attach an image with a paper clip

The corresponding icon is located in the text message input field. When clicked, a window pops up offering the user different types of files that can be transferred. In our case, you need to select an image from the gallery. 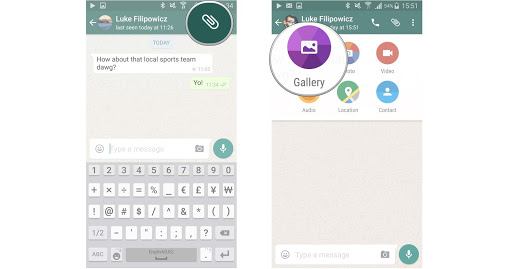 Attach a photo from the storage to the message with a paper clip.

Find the photo in the catalog and select it with a long press, a checkmark will appear in the selected thumbnail in the middle. If you want to send several pictures, after the first mark, the remaining thumbnails are highlighted with short presses. In total, you can send up to 30 drawings at a time. The action is confirmed by the “ok” button at the top of the screen..

The messenger has a photo editor that allows you to sign or crop a photo, draw something and apply stickers. It is available in full screen. After editing, click on the circle with an arrow, and a friend already has a selfie.

Option 2: through the camera

This method is good when there is a need to show a new frame immediately after photographing. After clicking on the camera icon, the camera turns on. To get a shot, just touch the white circle below, with a long press, video recording will start. Next, a familiar editing panel with various filters and effects will appear. The finished media file is sent via the arrow button.

To send a photo via WhatsApp in any other Android-based interface that works in the format of image editing and conversion, you need to use the “share” option.

How to use Vatsap on Google Photos:

How to send photos via WhatsApp from iPhone

The creators of the application have developed a version for gadgets from Apple, so fans of iPhones and iPads will be able to send a picture or an album no less quickly. There are no significant differences from the previous instructions.. 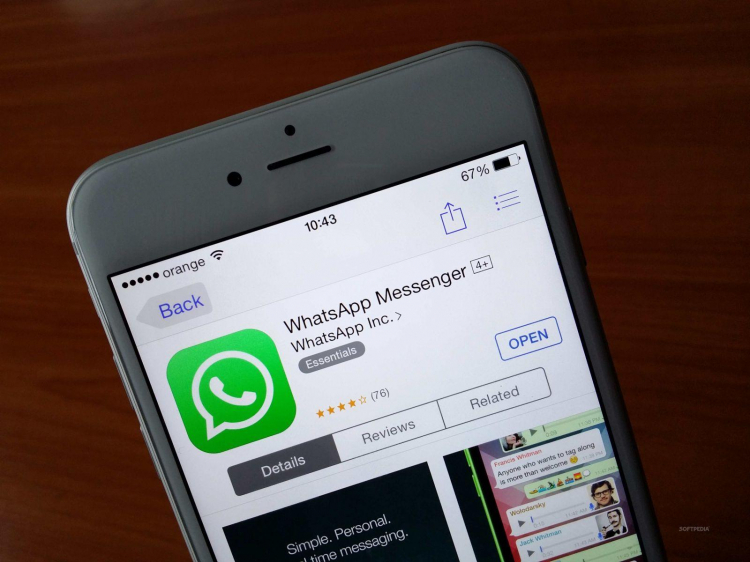 WhatsApp can be installed on any iPhone device model.

Option 1: attach the image through the “plus”

The icon is located in the dialog box at the bottom left. When it is activated, a list appears in which you need to select “photo / video”, the option provides access to the file manager. At will, photos are processed, then transferred after clicking on the blue circle with an arrow.

Option 2: in the camera menu

The technology for transferring media files here is the same as on Android: tap the white circle, edit the landscape and click on the arrow.

Other image editors operating in the iOS environment provide for the exchange of images using the “send” option.

How to use “Vatsap” in the “Photos” application:

How to send photos via WhatsApp from a computer

Distributing files on a PC is even easier than on a phone. 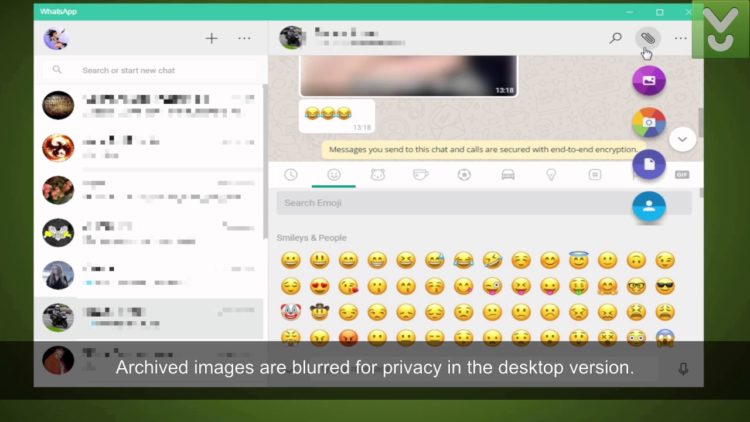 Send a photo from a computer to Vatsap if the person is already in the list of friends.

Through the messenger itself

In the computer version of the application, you need to open the recipient’s chat, the number of which is indicated in the phone log, then click on the clip at the top of the screen. In the vertical list, the mouse cursor is directed to the first circle with a picture. It remains to find the image in the window that appears, open it and throw it in the message. To attach the second and subsequent photos, the same manipulations are performed..

There is no photo editor in Vatsap for PC, you can only leave a signature and / or emoticon. The sent thumbnail should appear with a checkmark and the date it was sent in the dialog box..

In the explorer window, click on the “this computer” tab, select the photo and, holding the left mouse button, drag the image into the dialog box. The photo automatically goes into view mode, add a caption or new thumbnails – and you’re done.

Why photos are not sent to “Vatsap”

There are three common problems that prevent sending images:

If these tips did not help, most likely the reason is the overflow or malfunction of the SD card. It is recommended to check the number of free gigabytes, the settings of the card and its integrity. In the worst case, it may be damaged.

Why WhatsApp does not see contacts from the phone book
How to make a poll in WhatsApp in a group
WhatsApp on Android - how to download and install
Why in WhatsApp last contact visit does not show
How to delete a group that you created in WhatsApp
Add a comment
Нажмите, чтобы отменить ответ.
Categories
Related Posts
What do checkboxes mean in Whatsapp messages
Why WhatsApp Web Doesn’t Work
How to protect WhatsApp from third party access
Why the screen goes blank during a video call in WhatsApp
How to schedule message sending on Whatsapp
This website uses cookies to improve your experience. We'll assume you're ok with this, but you can opt-out if you wish. Cookie settingsACCEPT
Privacy & Cookies Policy