Why WhatsApp does not send messages

In the WhatsApp messenger, which has earned worldwide popularity for the reliability of the services provided, the user can sometimes encounter some operational failures. Most noticeably they are manifested in the inability to send SMS. The question why messages are not sent to Vatsap has several answers, but the platform itself is rarely the culprit.

Messages are not sent

Most often, errors in operation arise due to problems with the Internet connection or as a result of setting incorrect settings on the phone. Sending SMS can be difficult for the following reasons: 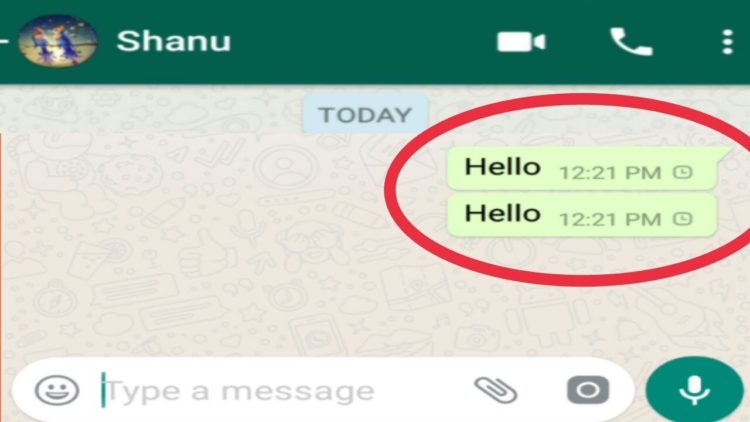 For visual control over the correct operation of the program, statuses are placed near the text of the sent letter – special characters that indicate each of the stages of its transmission to the addressee. Their absence indicates a malfunction in the system.

This symbol in a red circle indicates that Vatsap cannot start, continue, or end sending a message to the subscriber. If it’s not a signal or traffic, it’s worth checking the option “Limit background data” on the device. Its work, as well as the included power saving mode, can negatively affect the distribution process. To stabilize the process, these functions should be turned off..

After eliminating the error, it is necessary to send SMS again to delete the icon. In the new version of the application, after the function is restored, this procedure is performed automatically.

The clock icon next to the SMS text means that the message has not yet been sent from the phone and is waiting for a queue to get to the Vatsap server. If the icon does not disappear for a long time, this indicates a damaged network path and requires checking the Internet connection. In the period of time when this status is on the screen, the message can still be canceled if it has lost its relevance or is mistakenly sent to the wrong recipient.

The arrival of SMS to the Vatsap server is only half the way. Then it is sent to the subscriber, and one gray checkmark appears on the screen, indicating that the message has been sent but not delivered. This may be due to the fact that the receiving device is disconnected or is out of range of the Internet.

An example of one of the statuses is “one gray tick”.

Delivery to the addressee is marked with two gray checkmarks, and if you read the message, their color changes to blue. When sending a newsletter to a group of users, the status “double ticks” is displayed only when SMS reaches all members of the group, and the icons change color if read by each of them.

Possibility of sending messages is most often affected by poor communication or full storage space. In the first case, it is necessary:

In the second case, it is necessary to take into account the fact that audio files take up a lot of space in the phone’s memory. For normal operation, periodic cleaning of the storage from junk videos, notes, photos and applications is required. Their elimination is best done using special software (Clean Master program, etc.). 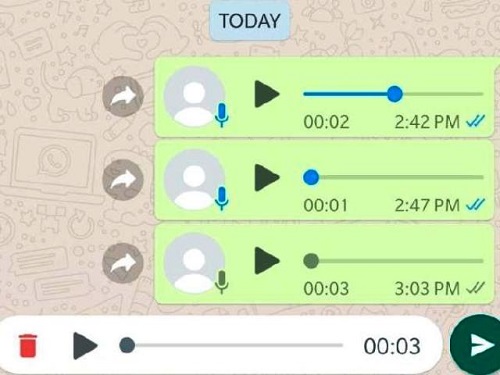 It is also useful to install WhatsApp automatic updates on the device, which independently monitors and fixes any problems..

Nevertheless, the most common cause of errors when sending messages is the weakness of the network signal or its complete absence. This can be caused by the distance from the router, problems with the coverage area or shielding obstacles (walls, underground structures, floors). Correcting the situation in this case is easy – you just have to wait for the reception to improve or find a place where the network is fully operational.

Another factor affecting the distribution of messages may be the limit of Internet traffic. If it is exhausted, you must contact the operator’s technical support service or solve the problem by entering the digital commands provided for by the service agreement.

After making sure that there is normal communication and traffic, you should look for an error in the application. But first you need to make sure that the sender’s account is not blocked due to violations of the rules of communication in WhatsApp or is not included in the “black list” by the addressee. In these cases, the problems are eliminated only by communication through third-party services. If this option is excluded, it remains to check only the correctness of the settings.

Attention should be focused on work in the background, power saving, free space in the device’s memory. Sometimes a problem arises on the basis of a complex of causes, and then the means of solution are:

When installing a more advanced version of the application, you should immediately go into the settings and enable it to work in the background, and also make sure that notifications are enabled (sometimes this function is disabled to protect the device from spam).

There is one more, extremely rare, probability that Vatsap stops sending messages. This is incompatibility with this version of the application and the device on which it is installed. You should either replace the smartphone, or find software that meets the constructive ideas of the developers.

How to update WhatsApp on the phone
WhatsApp remains without Facebook ads
Whatsapp has gone dark
Can I make Whatsapp drill
What to do if WhatsApp is not updated
Add a comment
Нажмите, чтобы отменить ответ.
Categories
Related Posts
How to change WhatsApp messenger number
The maximum number of chat participants in WhatsApp
WhatsApp vulnerable: Facebook developers find a bug
What is WhatsApp Web and how to use it
How to restart WhatsApp on the phone
This website uses cookies to improve your experience. We'll assume you're ok with this, but you can opt-out if you wish. Cookie settingsACCEPT
Privacy & Cookies Policy