WhatsApp for computer – how to install on different operating systems

WhatsApp is the most convenient messenger that allows you to support communication from almost any device with access to the Internet. Although the chat was originally designed exclusively for smartphones, the increased interest of users in the messenger pushed manufacturers to deploy the application on other electronic media, in particular on PCs. It can even be installed on a laptop.

You will learn how to start using WhatsApp on a computer from this article..

Downloading Vatsap to a PC is as free as for a smartphone, which allows you to:

And all this on a large screen, using a convenient keyboard and high speed Internet connection on a PC.

There is an official desktop version for the Votsap messenger. However, it is worth noting that only owners of the latest Windows and Mac operating systems can download WhatsApp to a computer.. 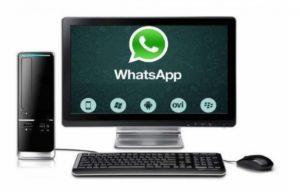 For users of older OSs, there is also the opportunity to enjoy chatting in green chat with a PC by installing special utilities or using the official web version.

Reference: the installed messenger will only function on the PC if there is a mobile version on the smartphone in which your account is registered.

Now it’s time to learn how to install the American WhatsApp messenger on a computer, depending on the operating system used. For each OS, we have chosen, in our opinion, the best and most affordable way to install.

The owners of this OS are lucky. They can download the desktop version of the application from the official developers of the messenger.

WhatsApp for Windows computers is not suitable for all OS versions. In particular, the “seven” refers to the category of those OSes for which the official WA program is not available.

Do not be upset, because there is an option to use a special emulator (it creates on your PC an environment similar to the Android OS on a smartphone).

Help: the utility makes it possible to use the Vatsap messenger on a Windows 7 computer even when the vatsap is removed from the phone.

We offer to turn to the famous BlueStacks emulator.

The installation process is as follows:

Attention: using the messenger using the utility does not provide proper data security and loads the work of the PC processor.

Windows 8, despite the appearance of the “dozens,” is also not considered an outdated version of the OS, so feel free to open the instructions from the Windows 10 section and install WA on your PC with the “eight”.

For XP, you will have to use the instructions from the section on Windows 7. This version of the OS is considered old, because the developers of WhatsApp did not bother to create a desktop version for it. I have to use the BlueStacks utility.

There is no computer version of Linux for Linux. Perhaps this is due to the low popularity of OSes among users compared to competing systems. However, on Linux, as well as on old Windows, it is allowed to download a program emulator or use a special messenger for Linux – Pidgin.

Help: Pidgin makes it possible to communicate in several systems at once, for example, VK, Skype, Classmates, including VotsAp.

Apple WhatsApp product will only work on Mac OS 10.10 and later.

To start using the messenger on your PC:

Installation with and without telephone

Download Vatsap to your computer is not difficult, but run it without a smartphone will not succeed. The account in the messenger is tied to a phone number, which means to a mobile device with the corresponding SIM card.

In order to synchronize profiles on different devices, you will have to use a QR-code scanner, which is only functional in the mobile version of WA.

Work with WhatsApp Web for PC

A convenient way to communicate in a messenger with a PC – WhatsApp web on a computer. Unlike other desktop versions, this one is suitable for all OSs. The main thing is the availability of the Internet.

Attention: there is no possibility for making regular and video calls in the web version. 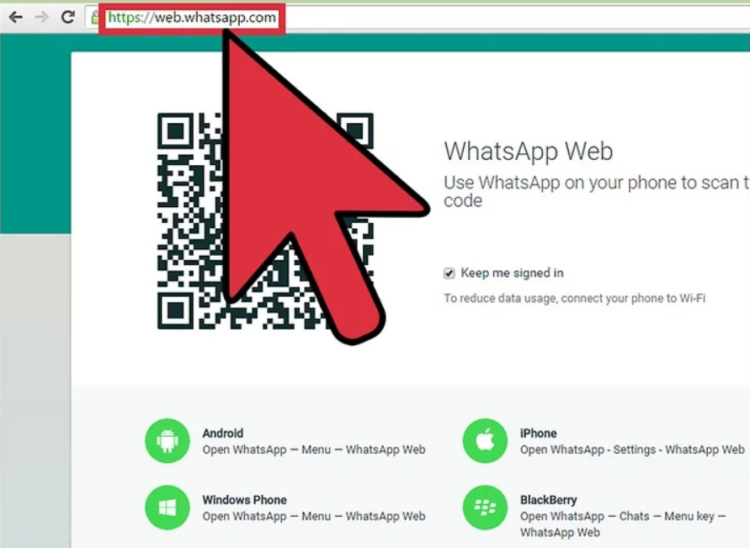 There are three main options for using the instant messenger on a PC:

In this case, the official desktop program is supported only by the latest operating systems Mas (from 10.10) and Windows (from 8), and for Linux there is an additional opportunity to use the Pidgin utility.

The browser and desktop versions of the program are tied to the mobile version, therefore, when the phone is disconnected, they will not work.

The utility allows you to bypass attachment to a smartphone, but inferior to official versions in terms of load on system performance and data transfer security.

How to set your melody on Whatsapp
Whatsapp application on Windows 8 - download and install
Fingerprint blocking WhatsApp chats
How to install Whatsapp on a tablet - detailed instructions
How to Install WhatsApp on Linux Fast and Free
Add a comment
Нажмите, чтобы отменить ответ.
Categories
Related Posts
How to clear WhatsApp memory: android and iPhone
Whatsapp security code has changed - what does it mean
Why WhatsApp does not work on iPhone
How to log into WhatsApp from your phone
Updated WhatsApp: Reminders, Alerts
This website uses cookies to improve your experience. We'll assume you're ok with this, but you can opt-out if you wish. Cookie settingsACCEPT
Privacy & Cookies Policy