What does end-to-end encryption mean in WhatsApp

If you go to the “Security” section of the “Vatsap” settings, you can see information that messages and calls are protected by WhatsApp end-to-end encryption – you can understand what this means by understanding the principles of this system. The choice to apply it or not, the user of the application is missing. 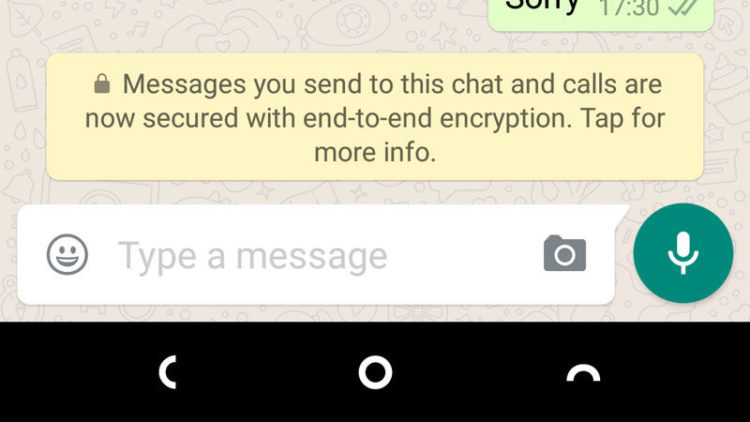 What is end-to-end encryption?

End-to-end encryption is an end-to-end encryption protection method for transmitted data. This approach was first used in the Telegram messenger. Despite the fact that several years have passed since the introduction, it still remains the standard of reliability.

Due to the fact that the entire encoding process is performed on users’ devices, the access of attackers to transmitted information is excluded. Even employees of the developer company cannot get it. This protection method applies not only to text messages, but also to all file types being forwarded..

Why is it necessary 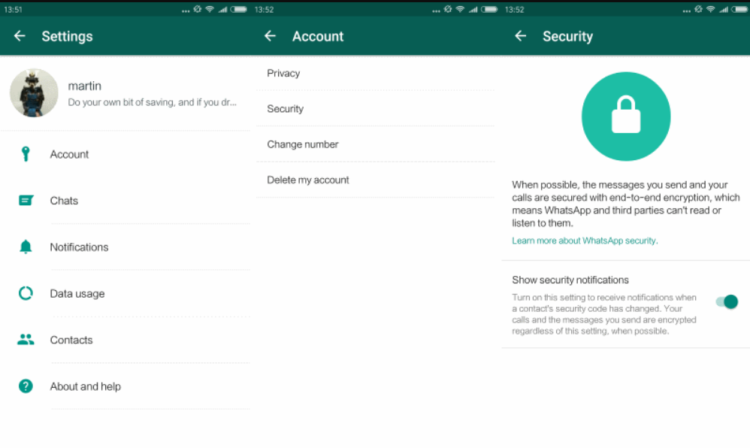 This method of protecting the data transmission channel is used in order to exclude the possibility of third parties accessing the information contained in the correspondence of users, as well as in audio and video calls made by them..

When using end-to-end encryption, each forwarded message is protected from being intercepted using a personal lock – a code that is not repeated in other chats.

The key, which is necessary for reading the incoming information, exists only on the devices of the chat participants. In doing so, it changes with each new shipment..

The end-to-end encryption scheme is as follows:

How to enable encryption

End-to-end encryption was added to WhatsApp in June 2016. For all users who use releases released after this, it is enabled by default. To activate protection on gadgets where an older version is installed, just download updates from Google Play or the App Store.

Can I turn it off

The ability to remove the protection of transmitted data from being intercepted by third parties in the WhatsApp messenger is not provided. This is due to the fact that such an action will be inappropriate and unsafe for the user.

Many people want to cancel this function, faced with the fact that the incoming message could not be delivered. They believe that in this way they will solve the problem and protect themselves from violations in the application in the future. But this is not true. To eliminate the risk that the message will not pass due to a failure in the encryption process, you need to use the version of the application released before the introduction of this system, to the one who sends the message, but does not accept it.

The main error that arises in connection with the use of end-to-end encryption of the data protection system is the appearance in the chat of a message “Wait for messages” instead of information sent to the user.

The reason for this situation is that the subscriber disconnects from the Internet too quickly after pressing the send button. The application does not have time to process the data and complete the forwarding of the message. In this case, the message will be delivered after encoding is completed at the moment the sender reappears on the network. The recipient can not influence the situation.

This error rarely occurs. In standard cases, encryption is fast, so there are no problems. Reinstalling the messenger by one of the interlocutors can provoke this situation. This action changes the code assigned to the dialog. The user can learn about this by turning on the notification in the security settings..

How to install whatsapp online on phone and computer
What does “online” mean in WhatsApp
Whatsapp messenger
How to change the font in WhatsApp
What is WhatsApp and how to use it
Add a comment
Нажмите, чтобы отменить ответ.
Categories
Related Posts
Why WhatsApp Web Doesn’t Work
Why the microphone does not work in WhatsApp
How to call WhatsApp from a smartphone
How to record and send a voice message in WhatsApp
How to set your melody on Whatsapp
This website uses cookies to improve your experience. We'll assume you're ok with this, but you can opt-out if you wish. Cookie settingsACCEPT
Privacy & Cookies Policy