How to record a WhatsApp conversation

Users of instant messengers often encounter a situation when it is necessary to save an audio recording of the dialogue. Due to the privacy policies of smartphone and application developers, it’s not easy to figure out how to record a conversation at Watsap. There is no such option in the program itself, so you have to resort to additional tools. 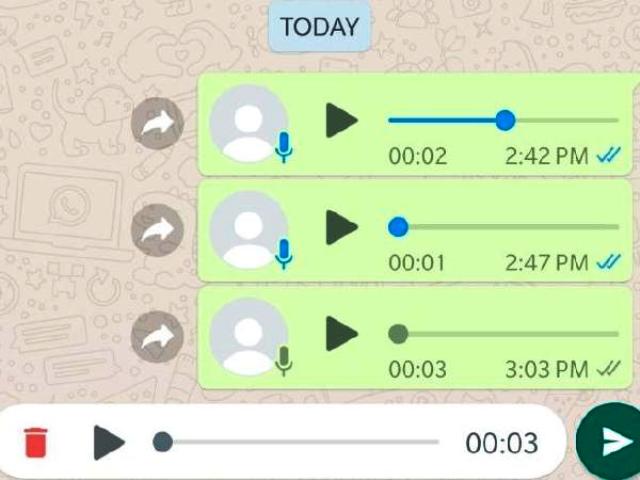 How to set up a voice recorder in Vatsap

Mobile phones are most often able to record sound using the built-in voice recorder. The main advantage of this method is its simplicity: it does not require complicated preparation and does not have to affect the internal services of the smartphone to obtain advanced user rights. It is enough to open the recorder and transfer the conversation to the speakerphone, because without this the voice of the interlocutor will not be recorded.

The recording quality when using this method is much inferior to third-party programs.

How to record a conversation in “Vatsap” using the recorder

For iOS phones, this method may not work due to Apple’s enhanced user privacy policy. The built-in voice recorder allows you to record all sounds except the voices of the interlocutors in various communication applications. Therefore, the owners of such smartphones will have to use additional software.

To record sound using a standard voice recorder, it is recommended to adhere to the following algorithm:

The method is convenient in that you can quickly activate recording even with an incoming call.

How to send a recording from the recorder to WhatsApp

When the conversation is recorded, it can be sent to someone using WhatsApp. The algorithm depends on the platform used..

IOS and WhatsApp developers have implemented the system in such a way that the user cannot send an audio file to the instant messenger chat. Therefore, you will have to resort to additional manipulations. There are 3 main ways to do this on iPhone:

The latter method is the most effective and convenient, because it allows you to send a recording directly through WhatsApp Messenger without other devices. However, you will have to install an application called iTransfer. It is free and designed just for these purposes. After starting the utility, you must perform the following steps:

On smartphones with the Android operating system, the sending procedure is much simpler, since the developers policy is aimed at greater user freedom. Immediately after saving the record, you can open WhatsApp and follow these steps:

If desired, you can send the file to the computer. In this case, there are much more options for storing and sending it. For iPhone, you need to install the official iTunes application on your computer, and also synchronize it with your phone. For Android, just connect the gadget using a USB cable and transfer the recording from the device’s memory to the hard drive.

Conference bots are a group of different programs developed for iOS smartphones. They aim to help users of these devices bypass developer protection and record conversations on WhatsApp. We can distinguish TapeACall Lite and Call Recorder Unlimited, which take first place in the number of downloads. The main problem is that these applications are prohibited on official sites. Therefore, to install them, the phone must have JailBreak, that is, the system must be hacked. Otherwise, you won’t be able to record a conversation..

Conference bots work on an individual principle, which involves connecting to a dialogue program that records the conversation on its part, and not on the part of the user. If you wish, you can go into the settings and set all the parameters appropriately. For example, choose where the records will be saved: in the phone’s memory, flash cards or cloud storage.

If JailBreak is installed, you can download one of the mentioned programs and perform the following steps to record: 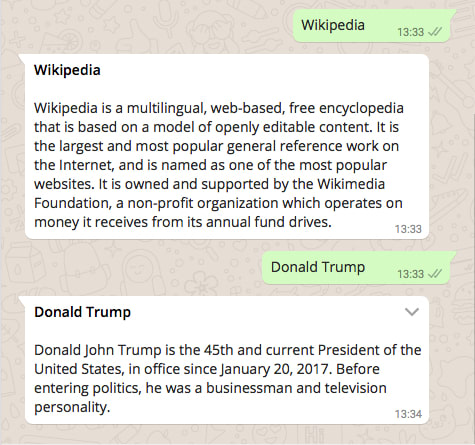 How to record a video call

It is not possible to record a video call on WhatsApp using the built-in services. On both platforms will have to install one of the specialized programs. As in the previous case, you will need to install JailBreak for iPhone. You may need to get superuser rights when it comes to Android phones.

Cube ACR is a popular application designed to record conversations on the phone. It can be standard calls or negotiations through any messengers. Supported include Telegram, WhatsApp, Viber, Skype, etc. The “Cube” will automatically record all dialogs. If desired, you can disable this mode in the settings, then the recording will be activated only when you click on the corresponding widget.

The main drawback of Cube ACR is that there is a whole list of devices on which the application will not be able to record VoIP calls. These include Skype, WhatsApp and the like. In this case, the system will detect the problem and notify the user. For the program to work correctly, you must allow it access to the memory, microphone, phone and smartphone contacts.

You can record both voice and video calls. This is adjustable in the settings..

Du Recorder developers have implemented a convenient widget with shortcuts to perform manipulations with the application without a cumbersome interface. The utility is available exclusively for Android. It can be downloaded for free from Google Play, since the program is aimed only at recording from the device’s screen, and not at recording conversations in instant messengers or over the telephone.

In the settings you can select the folder where the finished files will be saved, as well as set other parameters. 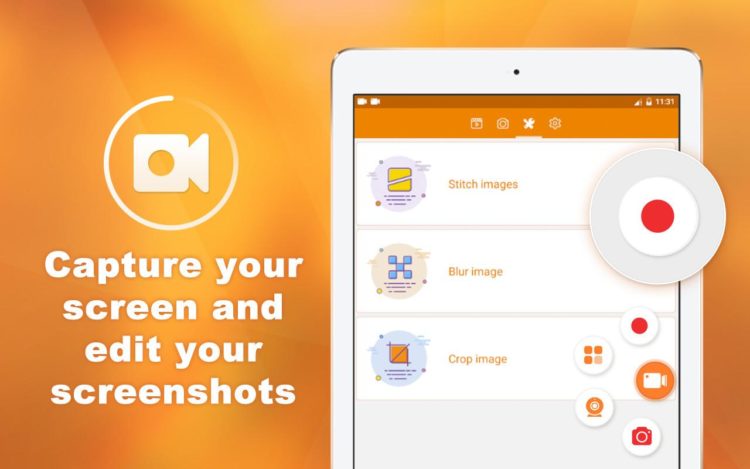 This application is one of the most approved in reviews and demanded for recording what is happening on the phone screen. The program records the image in HD-quality and is great for conducting online broadcasts. There is everything necessary for recording dialogue in “Vatsap”, as well as for other purposes..

Implemented a built-in video editor that allows you to immediately trim the file or lay music on it. If you connect with a computer to the same network, the application will allow you to send recording to a PC without connecting a cord. In most cases, it is recommended to dwell on this option, since it is the most effective and has the largest number of additional functions and parameters.

The application has a built-in player that allows you to view or listen to recorded dialogs in the program itself. However, most features are only available in the Pro version, which must be purchased for money. Therefore, the considered option is preferred by a much smaller number of users. If with other methods it does not work, then you can use this.

The developers of this application distribute their product for free and do not add advertising with various restrictions to it. All interested users can donate funds to the authors as a thank you, however, the main features required for recording video are free.

Video is recorded in Full HD. If desired, you can change the file quality settings. There is an option to pause recording. As in the case of Go Record Screen, there is a built-in video editor where you can crop a file or overlay your own text with images on it.

The principle of the program involves the creation of 3 separate records. This is a video call and 2 audio tracks with the voices of both interlocutors. After they are combined into one file. REC specializes in recording any events on the smartphone screen. That is, it was developed not only to save video calls in instant messengers.

You can choose the resolution of the video, its maximum duration, bit rate and name. To record sound, you need to put the appropriate checkmark in the settings.

How to delete history in WhatsApp
WhatsApp on Android - how to download and install
How to forward a message to another user in WhatsApp
How to send gif to Whatsapp
WhatsApp barcode to install web version or confirm contact
Add a comment
Нажмите, чтобы отменить ответ.
Categories
Related Posts
How to understand that you were removed from Whatsapp
How to save photos from Whatsapp
How to install whatsapp on computer
How to recover deleted messages in whatsapp
How to hide the dialogue in WhatsApp
This website uses cookies to improve your experience. We'll assume you're ok with this, but you can opt-out if you wish. Cookie settingsACCEPT
Privacy & Cookies Policy