How to connect WhatsApp to a laptop

Vatsap messenger was originally developed for smartphones. But there is a computer version of the program that allows you to stay in touch with different devices. After installing Vatsap on a laptop, you can use all the functions of the application.

Pros and cons of using the program on a laptop

The Vatsap program on PC is free and installs in a few clicks. Its feature is that the official addition requires mandatory synchronization with the application on the smartphone. If the option to install it on the phone is not considered, you can use emulators. 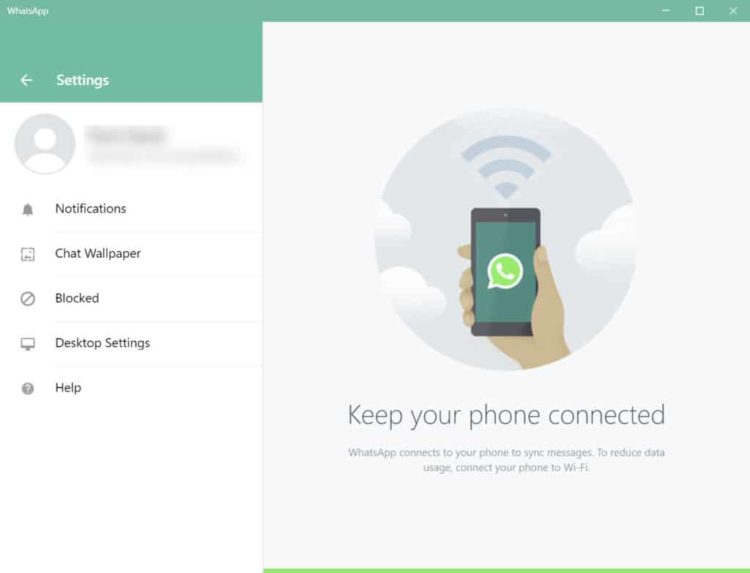 Using whatsapp on computers on the one hand is very convenient, on the other – it has
near cons.

Connecting a messenger on a laptop has the following advantages:

The functionality of the messenger on the PC is not much different from the application on the phone. The main advantage of installing Vatsap on a laptop is that it is possible to choose the most comfortable way of communication depending on the situation. At the same time, synchronization makes it possible to save chats on all devices, wherever the dialogue takes place.

Another advantage – you can install a messenger with a different phone number. For example, communication with friends takes place on a smartphone, and with colleagues on a PC. You can already understand from the sound notifications on a laptop and phone whether a friend or boss wrote and whether it’s worth opening a dialogue for an answer or while remaining “offline”.

Using WhatsApp on a computer has some disadvantages: 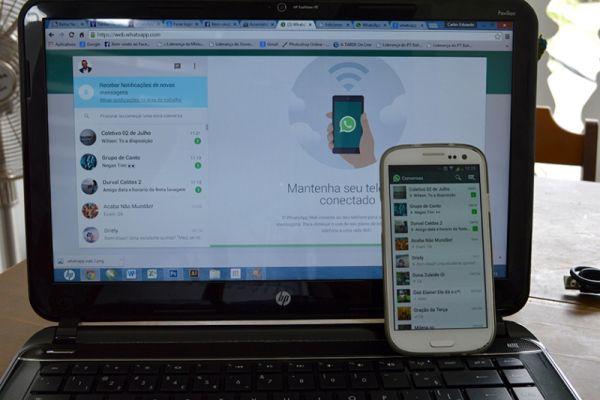 When using the program on a PC, it is important to ensure that it does not stop working
on your smartphone.

How to install WhatsApp on a laptop

There is an official WhatsApp Web client that is downloaded on the manufacturer’s website. You can also use the emulators and add-ons that on the laptop repeat the interface of the smartphone. The second option will be appreciated by those who are used to the mobile version and want to see its design for comfortable correspondence.

On the developers website, in the section for downloading the messenger, you can select the PC version – WhatsApp Web. To complete its installation, you will need to scan a QR code from the application on your smartphone. This will link the accounts. When starting the program, you should select language from the ones proposed so that it is installed by default. 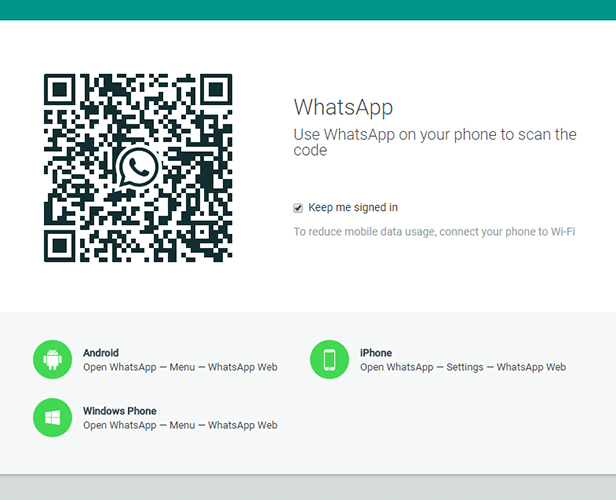 QR code is one of the steps of protection.

After downloading, when a window with a QR code appears, you need to do the following:

After scanning, the program will immediately open on the laptop.

At the first start, not all chats may be displayed, but this is fixed by restarting. After installation, you can configure chats, notifications, privacy and design.

Youwave Android is an emulator. After installation, a separate window appears on the computer screen with the desktop of the smartphone.

The functional of the emulator is the same as on the smartphone, only you need to operate with the mouse and keyboard on the laptop. Management can be configured by changing commands and keys.

The procedure for installing Vatsap on a laptop on the Youwave Android emulator:

The Vatsap application is searched in the emulator in the “View” section at the top of the screen. Then you need to go to “Always on Top” and select “App”. There will be the necessary icon to launch the messenger.

The emulator is good in that it does not take up much space and does not load the processor.

The Bluestacks App Player program allows you to emulate any applications for Android. It has the same functions as the previous one. Among the advantages are the ability to choose themes, change the background of the desktop, make calls and send messages. There is a built-in Play Store, from which the messenger will be installed.

To use Vatsap using the Bluestacks App Player you need to:

Functionality of the official Vatsap application for PC

WhatsApp developers regularly release updates that make using the messenger more convenient and easier. And the computer version is no exception.

Functional of official client for PC:

In WhatsApp, when sending voice messages, the sound automatically improves and eliminates extraneous noise. The developers also took care of the high quality of video communications. Due to improvements, the messenger attracts more and more users..

This is a free application that allows you to stay in touch with gadgets on the Android, Windows, iOS operating system, so installing it directly on different devices is profitable and practical.

Why notifications in WhatsApp do not come
WhatsApp Celebrates 2 Billion User
Updated WhatsApp: Reminders, Alerts
Is it possible to listen to a conversation on WhatsApp
Installing WhatsApp on your phone or computer
Add a comment
Нажмите, чтобы отменить ответ.
Categories
Related Posts
Why can't connect to WhatsApp
What does it mean to complain in Whatsapp
How to save an audio message from Whatsapp
Whatsapp on Nokia Lumia - how to install the application on the phone
How to understand that you were blocked in WhatsApp
This website uses cookies to improve your experience. We'll assume you're ok with this, but you can opt-out if you wish. Cookie settingsACCEPT
Privacy & Cookies Policy